Gary Schmidt moved his entertainment concert company to Washoe County in the early 70’s where he produced “Labor Day Music and Arts Festival” in 1973 at T-Car Speedway featuring the Doobie Brothers that drew over 30,000 in attendance. At that time, it was one of the biggest concerts ever produced in Reno. Since he has gone on to produce many more events.

Gary is a candidate for the 16th Nevada State Senate seat and an active community member as well as a member of the Washoe County Central Committee. He ardent supporter of rolling back taxes that were recently imposed on Nevadan’s by the Republican Assembly and Senate.

He is also a longtime owner of the Reindeer Lodge, 22222 Mt Rose Hwy, Reno, NV 89511.  After extraordinary winter storms, it was closed due to the structural issue caused by snow loads.

It is Thursday and it is 4 PM on the West Coast so it is time for the Real Estate Agent Podcast recorded on Balb.im with Bill and Jonathan. Today we are going to talk three different subjects. First about the difference between WP-Tonic & Mail-Right. 2. Karen’s farm and how it is coming along as well as a how she built a postcard today and updating her list and finally we will wrap up the show with a discussion of repurposing (putting a pixel on a website). Now let’s get into this episode. 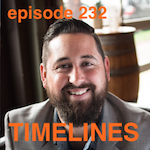 In this episode, we head to Vancouver Washington to talk with Preston Zeller, a hard-charging real estate broker with a great headshot. Preston has studied and written articles about the art of getting a great profile picture. So now let’s get right into this episode to find out what it takes to get that great headshot. 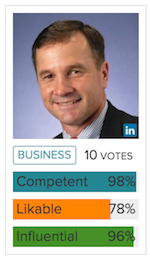 Prior to real estate, Preston ran his own digital marketing consultancy, helping to build other people’s businesses by creating immersive web experiences. “Everything from the branding, web design, creative content, and video production I had a hand on.”  How to Get A Great Photo Link  & Test You Photo Link 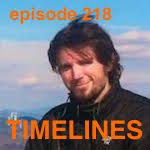 It is Thursday so it is time for the Real Estate Agent’s Show by Timelines and Mail-Right. Today’s featured guest is Chris Badgett from LifterLMS and our panel is Greg McDaniel from the McDaneil Callahan Team, Jonathan Denwood from Mail-Right and me, Bill Conrad from Netcasting 101. 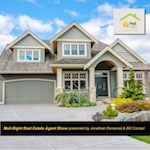 On this episode, we talk about how to use video in real estate. Specifically, we go over the following:

END_OF_DOCUMENT_TOKEN_TO_BE_REPLACED 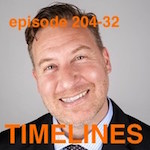 Today on our netcast we have Jonathan Greene from Montclair, New Jersey. He’s been a prosecutor, a private defense attorney, a seasoned negotiator as well as Director of Exhibitions at the Hunterdon Art Museum. Then in 2014, he turned his sites to the profession of real estate and became a Realtor. Because of his in-depth focus on technology, time management, and social media, he also serves as a trainer for his brokerage. So without further ado let’s get right into this episode with Jonathan Denwood and special guest Jonathan Greene.