googlec10199d46dbf7d5c.htmlSTEPHEN KEY is an entrepreneur, inventor, product developer and coach. He started small with "one simple idea” and never looked back. Now, his products have sold in stores around the world. For four years, Stephens book, "One Simple Idea" has been in the top ten list, in the business and entrepreneur marketing category. 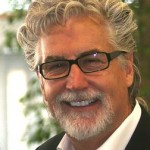 STEPHEN KEY is an entrepreneur, inventor, product developer and coach. He started small with “one simple idea” and never looked back. Now, his  products have sold in stores around the world. For four years, Stephens book, “One Simple Idea” has been in the top ten list, in the business and entrepreneur marketing category.  Today, Stephen along with co-founder Andrew Krauss runs InventRight, a company that is dedicated to educating and showing inventors and product developers how to build wealth though licensing and bringing new and innovative products to market.

BLUF:  It’s a numbers game, come up with an ideas, test it quickly, license it and speed to market counts.

In reference to the rerecording here is  Wikipedia’s version of Murphy’s Law (Murphy was often quoted at West Point):

From 1948 to 1949, Stapp headed research project MX981 at Muroc Army Air Field (later renamed Edwards Air Force Base)[12] for the purpose of testing the human tolerance for g-forces during rapid deceleration. The tests used a rocket sled mounted on a railroad track with a series of hydraulic brakes at the end. Initial tests used a humanoid crash test dummy strapped to a seat on the sled, but subsequent tests were performed by Stapp, at that time an Air Force captain. During the tests, questions were raised about the accuracy of the instrumentation used to measure the g-forces Captain Stapp was experiencing. Edward Murphy proposed using electronic strain gauges attached to the restraining clamps of Stapp’s harness to measure the force exerted on them by his rapid deceleration. Murphy was engaged in supporting similar research using high speed centrifuges to generate g-forces. Murphy’s assistant wired the harness, and a trial was run using a chimpanzee.

The sensors provided a zero reading; however, it became apparent that they had been installed incorrectly, with each sensor wired backwards. It was at this point that a disgusted Murphy made his pronouncement, despite being offered the time and chance to calibrate and test the sensor installation prior to the test proper, which he declined somewhat irritably, getting off on the wrong foot with the MX981 team. In an interview conducted by Nick Spark, George Nichols, another engineer who was present, stated that Murphy blamed the failure on his assistant after the failed test, saying, “If that guy has any way of making a mistake, he will.” Nichols’ account is that “Murphy’s law” came about through conversation among the other members of the team; it was condensed to “If it can happen, it will happen,” and named for Murphy in mockery of what Nichols perceived as arrogance on Murphy’s part. Others, including Edward Murphy’s surviving son Robert Murphy, deny Nichols’ account (which is supported by Hill, both interviewed by Spark), and claim that the phrase did originate with Edward Murphy. According to Robert Murphy’s account, his father’s statement was along the lines of “If there’s more than one way to do a job, and one of those ways will result in disaster, then he will do it that way.”